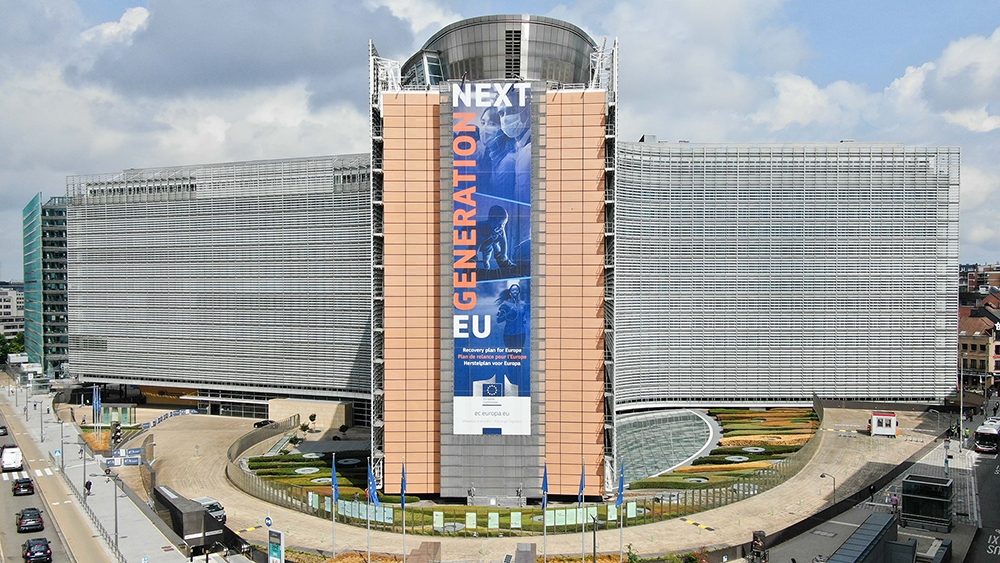 Last March, the European Commission rejected the Voluntary Agreement signed by manufacturers in the printing industry, because it was not “green” enough. It did not respect the sustainability objectives set out in the Circular Economy Action Plan, which is part of the European Green Deal.

The intention is to make physical goods on the European market more environmentally friendly and energy efficient throughout their life cycle.

In line with these goals, the Commission has developed several new regulations. One of them which stands out is the publication of a new Ecological Design Regulation for Sustainable Products, which establishes new requirements to make products more durable, reusable, repairable and easier to maintain. In short, more circular.

These measures, allowe Europe to move towards its objectives set out in the European Green Deal, and at the same time, favoures the remanufactured office printing sector.

Both consumers and remanufacturing companies like us, would benefit from a faster progress of regulations.

For this reason, the European Association of Inkjet and Toner Remanufacturers (ETIRA), decided to ask the European Commission for further progress on these regulations.

ETIRA, of which GM Technology is a member, and recognized for its prestige throughout the European Union, is the leading institution in the inkjet and toner cartridge remanufacturing industry and independently represents the interests of this sector.

The president of the Association, Javier Martínez, has recently affirmed that the decision of the European Commission to reject the Voluntary Agreement in favour of the Green Deal «takes us away from a ‘directive’ and towards ‘regulation’ which is a major step because it is no longer proposing just guidance but rules that will be directly applicable and can be enforced in all EU Member States, and also apply equally to all market participants».

ETIRA goes one step further and commits to participate directly in the next phase, providing the European Union Commission with a very clear position on what the association, its members and stakeholders demand.

For years, the association has insisted that the environmental measures that affect the printing sector must be in accordance with all European directives like eco design and others, and must defend the rights of companies and especially of the consumers.

ETIRA is capturing and transmitting to the European Union a common demand for both consumer associations and remanufacturing companies: a truly sustainable printing.

The planet itself is asking us to change. We need to put on the market products that are designed to last longer and their environmental footprint is taken into account during their production. Then, once they completed their useful life provide an end of their life solution in form of reuse of materials or recycling.

Remanufacturing is the solution to WEEE

It should be noted that the European Commission began to take measures in this direction in 2002, with its Waste Electrical and Electronic Equipment (WEE) Directive. WEE is aimed to reduce the amount of electronic waste, harmful for the environment and for health. It promotes recycling and reuse of electronic resources and components.

Despite having had 20 years to comply with this regulation and reduce the volume of waste generated by printers and cartridges, original equipment manufacturers (OEMs) have failed to adapt their production to the directive and the unquestionable need to produce more sustainable products. Therefore, their equipment are still not environmentally friendly enough.

Faced with this situation, ETIRA claims that the reuse, remanufacturing, and reconditioning of any equipment or product represent valid solutions. These activities, in addition to ensuring products that are committed to the environment, also make it possible to increase jobs and promote quality employment.

The association is asking to the European Union to guarantee minimum targets to reduce waste and move towards a more sustainable business model.

Firstly, it asks for a mandatory minimum percentage to be established, increasing each year, for the reuse of all toner and inkjet cartridges produced (OEM and non-OEM new builds).

Second, it calls for a ban on all anti-reuse tools and tactics that make it difficult for third-party remanufacturers to fully access the full functionality of the printer or cartridge.

In addition, it requires that professional suppliers of reused cartridges will be provided with access to the printers software and firmware, so that the cartridges can be easily reused.

ETIRA also demands that Europe stops allowing the importation of new built, polluting and unhealthy non-OEM cartridges without controls at the entrance point. It is clear that carrying out retrospective inspections when these products have already entered the European Union is inefficient.

Finally, it calls for eco-design rules for third-party cartridge remanufacturers similar to those the European Union has established for various electronic products, such as vacuum cleaners and dishwashers, which include provisions on the exchange of data of products, software and firmware with third-party repairers.

«In Europe, up to 70% of empty toner and inkjet cartridges are incinerated or dumped in landfill every year after 1st use. But between 80 and 90% of these cartridges could have been reused as a cartridge several times. Remanufacturing cartridges reduce their carbon footprint by up to 45-60 per cent. Every cartridge that is remanufactured is one fewer going directly to landfill», concludes Javier Martínez.

In addition, remanufactured cartridges are usually more than 30% cheaper than OEM equivalents, so they are a cost-effective and a more environmentally friendly option.

Many good reasons to continue pressing the European Commission to publish the new draft regulation as soon as possible, and to ask to include the principles and objectives claimed by ETIRA.

As we have seen, the European Union has already shown that they are working in this direction, with the measures taken recently in environmental policy matters and the recent implementation of the concept of “waste hierarchy”, which prioritizes the reduction, repair and reuse of waste over the mere recycling of raw materials.

In the same way, here at GM Technology, we have been committed to strategies that promote the circular economy for more than 20 years.

ETIRA’s position supports all three parties: the environment, the consumers and the remanufacturers

ETIRA’s position, by requesting more advances in the regulation of the office printing sector, defends first of all the health of the environment, emphasizing the urgency of offering sustainable products. Second, it supports consumer rights to have more durable, recyclable, and easy-to-maintain goods. And, finally, it represents the interests of companies that, like us, with their remanufacturing or recycling activity, contribute to the circularity of products sold in the European Union.

GM Technology, as a member of the ETIRA Association, supports its position and, like all interested parties, expects that the draft with the new measures is published as soon as possible and represents a real change. 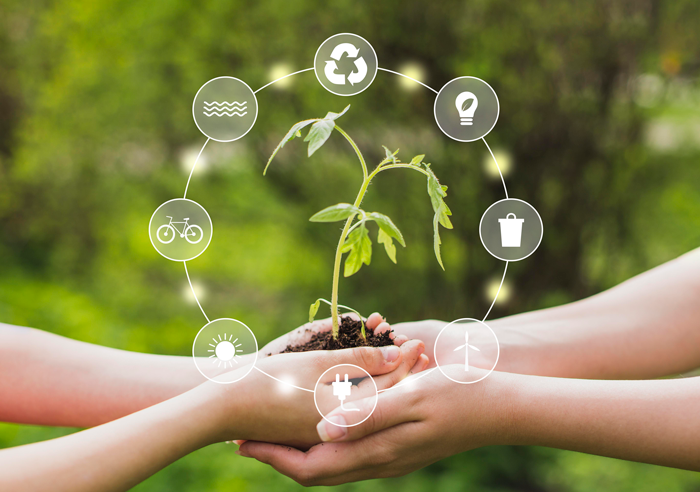 Last March, the European Commission rejected the Voluntary Agreement signed by manufacturers in the printing industry, because it was not “green” enough. It did not respect the sustainability objectives set out in the Circular Economy Action Plan, which is part of the European Green Deal. The European Commission is currently working on preparing regulatory measures 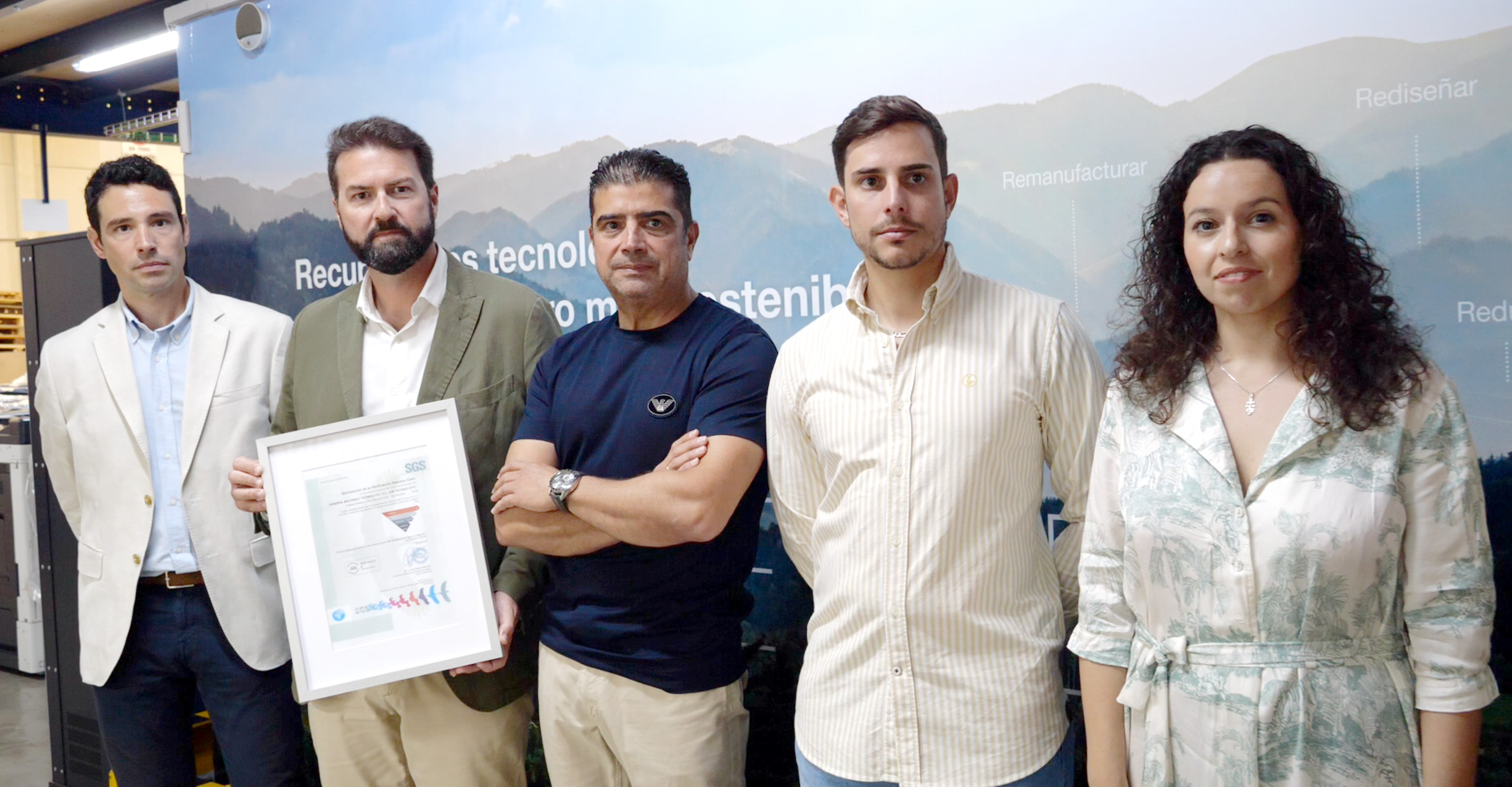 Commitment to the environment and the application of the principles of circular economy have always been part of our DNA, being one of the core values of our company. Our business is the remanufacturing of printers, copiers, and toner cartridges and since our beginnings we have applied processes that have allowed us not only to 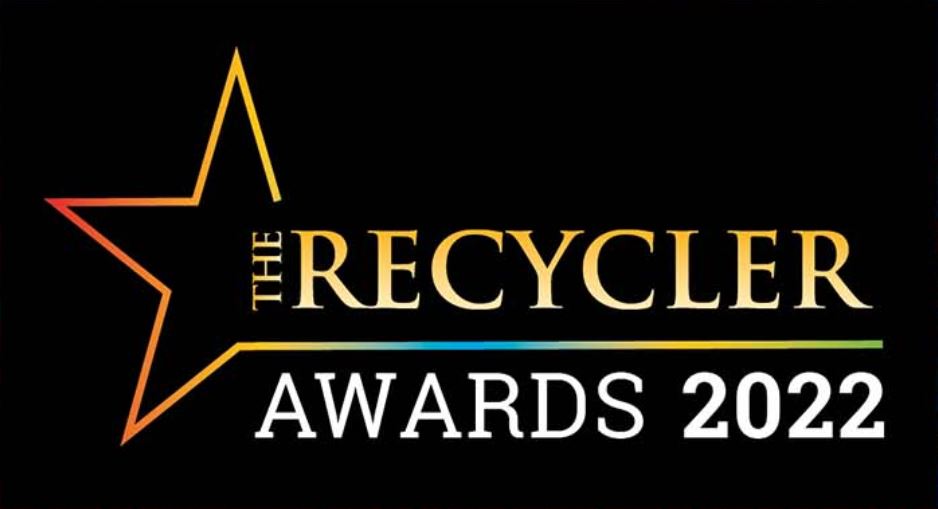 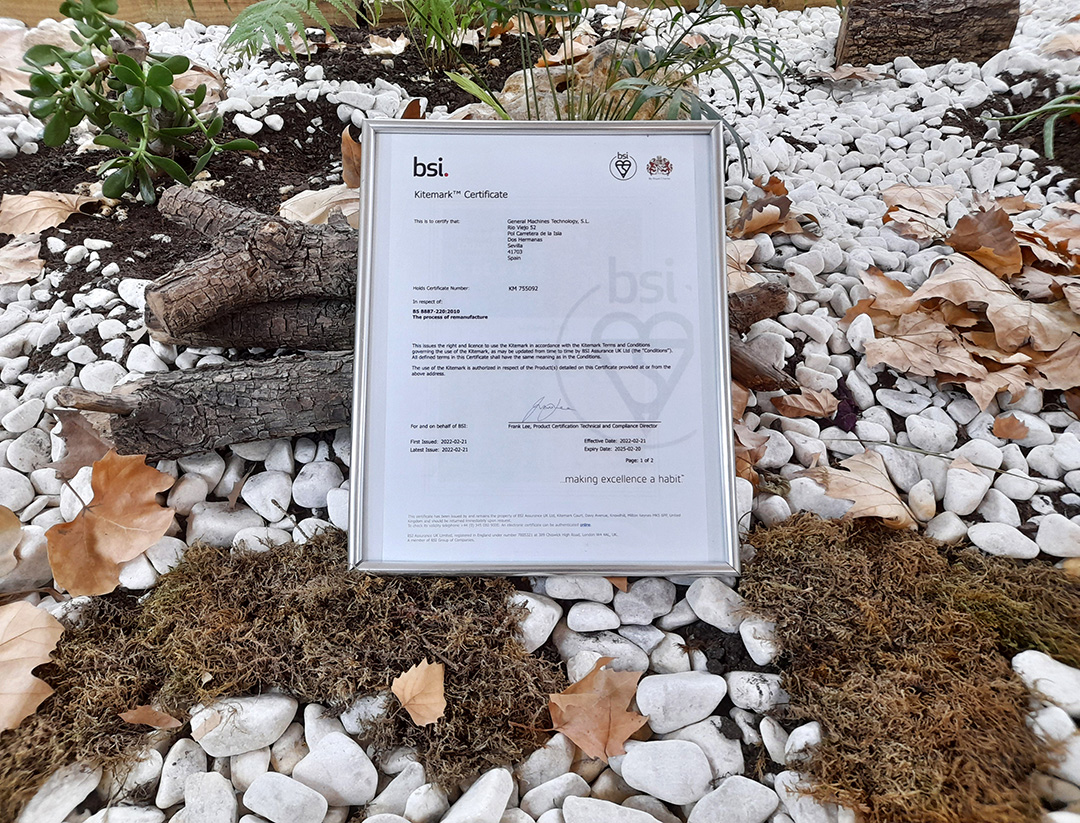 BS 8887-220:2010 “Design for Manufacture, Assembly, Disassembly and End-of-Life Treatment” certification: Why is it so important?

At GM Technology we are committed to continuous improvement, to ensure excellence in the quality of our remanufactured products, their perfect operation, and their compliance with remanufacturing standards. In this first quarter of 2022, we obtained BS 8887-220:2010 “Design for Manufacture, Assembly, Disassembly and End-of-Life Treatment” certification for our Greenline remanufactured printing equipment, our remanufactured

You can find out more about which cookies we are using or switch them off in settings.

This website uses cookies so that we can provide you with the best user experience possible. Cookie information is stored in your browser and performs functions such as recognising you when you return to our website and helping our team to understand which sections of the website you find most interesting and useful.

Strictly Necessary Cookie should be enabled at all times so that we can save your preferences for cookie settings.

If you disable this cookie, we will not be able to save your preferences. This means that every time you visit this website you will need to enable or disable cookies again.

This website uses Google Analytics to collect anonymous information such as the number of visitors to the site, and the most popular pages.